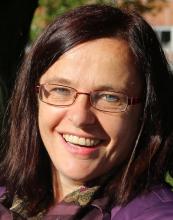 Two years ago, my interest in the topic of coherence started off with one of my usual early morning “downloads”. It was transformed shortly afterwards into a joint article with Delia Mensitieri focusing on “coherence versus alignment”. Since then, the topic of coherence reappeared continuously on my radar, in many different places, conversations, articles and sensations.

During the preparation and research leading up to the 50th IFIS Online Colloquium “Coherence - mapping a new paradigm quality”, the idea of calling it Coherence matters was initially owed to the assumption that it would fit in nicely with the approach used in th erecent book by Prof. Karen O'Brien from Oslo University, “You matter more than you think”.

Karen is a project partner in our LiFT – Leadership for transition Politics project, which, among other activities, researches the core principles of a new/integral politics. In her book, Karen very artfully and skillfully points out the different elements of what she calls quantum social science, and how they contribute to a sense of agency and “mattering”, as applied to the challenge of climate change.

During the last 2 years of research and dialogues around new politics and its core principles in the context of the LiFT Politics project, we saw the concept of coherence emerging that could somehow be a candidate for one of those principles.

The recent Colloquium was the first attempt to present work in progress around the topic and to give an overview about my ideas. However, the most inspiring part of it was to be able to engage with a very well-disposed audience that was willing to enter into generative dialogues and to co-create an enormous wealth of relevant questions around coherence, as well as to consider its implications for political decision-making.

Coherence “out there” and “felt sense” of coherence

During the Colloquium, we looked at coherence from many different angles and disciplines, ranging from physics, quantum physics, physiology, psychology, complexity science, business, law, social system and co-creation (see below). While overall coherence points to the underlying principle of harmonious relationship, correlations and connections between the various parts of a system, each perspective adds another and distinctive quality of coherence. It is a bit like this colorful elephant that looks slightly different, depending on the perspective you take.

So what is coherence?

This You-tube video on a resonance experiment with different frequencies is a great visual entry point into the topic.

In quantum physics, coherent wave particles pull other wave particles into an entanglement/entrainment/ superposition, independent of distance and space.

In classical physics, the further away the incoherent light source is, the more coherent it becomes…..Kind of coherence always wins.

This also tells me that the quality of coherence seems to reflect an intrinsic property of the life force and hence, to be a strong and powerful principle for the organization of energies.

Extrapolating from scientific research and findings around heart coherence, it is important to note that it is possible for the individual to deliberately generate heart coherence. Subsequently, this releases stress and activates the parasympathetic nerve system and, in turn, reduces fear and the survival mechanism. Heart coherence also has a strong influence on other people, inducing them to resonate and move towards heart coherence themselves, thereby building up collective coherence. This is a measurable fact, not something that can be dismissed by mainstream media as esoteric or parapsychological. An interesting feature is that, yes coherent heart waves are more harmonious and regular than when the heart rhythms are incoherent AND at the same time, the heart rate variability is greatly enhanced. This is important, because in this in-between-space a lot of information processing and adaptive and self-regulating processes take place. The coherent heart pulls other biological oscillators into synchronization, or in more general terms, coherent elements seem to “nudge” the wider system towards more coherence.

(By the way, this might also explain, why so far, Ukraine has kept heads up in the war initiated by Russia, as the wave of solidarity and empathy around the world induced something like a broader collective heart coherence between supporters and friends. This, in turn, could help to explain the enormous strength of the Ukrainians despite the multitude of atrocities that we are forced to witness daily. At least this is one way of looking at it….)

Looking at coherence in complexity theory again adds another angle and quality. Complex domains, being unpredictable by nature, are argued as providing coherent conclusions mainly in retrospect, or in other words in the complex domain hindsight does not lead to foresight and is also highly context dependent. However, also in the complex domain we can apply  “Tests for coherence” as described by Dave Snowden.

In another article he points out that “The value of coherence allows for contingent truth. While we don’t know everything, we are at least going in the right direction”

Complexity theory also recognises the need for heterogeneity while at the same time, it is important that “the differences, in a relevant context, are capable of coherence”.

Coherence and tests of coherence are also critical for any form of sensemaking. In fact, the phenomenon of sensemaking in different political settings has been explored by our partner in the LiFT Politics project, Anne Caspari from EZCPartners and her colleagues from Cognitive Edge.

In psychology, different research strands look at the perceived sense of coherence which can be described as triads of either comprehensibility, manageabiliy and meaningfulness (Antonovsky 1987) and later through the self-determination theory (Deci, Ryan 2000) as the triad of autonomy, belonging and competence.

In the corporate world, coherence is very often connected to degree of matching between the company culture that is claimed by leadership and the (perceived) reality on the workfloor (walk the talk). An increasingly “popular” topic are the policies on “inclusion and diversity” where the claim is to include everyone and honor the differences. However, more often than not, this turns out as trying to align everyone to pre-set company values  or behaviors (e.g. value of inclusion) instead of allowing and “harvesting” the uniqueness of all involved people.

This ties in with research on social coherence. In a coherent team, there is freedom for the individual members to thrive, while maintaining cohesion and resonance within the group’s intent and goals. According to findings from HeartMath Institute, research points to a “group field" that connects all the members.

And what about the individual’s inner sense or perception of coherence? Starting from the hypothesis that all (human) beings have the ability to discern coherent from incoherent experiences, the question arises, how and where do we perceive which quality of coherence?

From consciousness and subtle awareness studies, contemplative physiotherapy and my own research, the following phenomena seem to be involved:

So finally, what does all of this have to do with politics and political engagement?

A number of interesting perspectives emerged from our dialogues, of which I present only a few here.

Through this first round of exploration, obviously many more questions arise. How is the felt sense of coherence different or alike at different stages of adult and worldview development? Is there an almost cellular urge towards coherence? What about qualities of coherence in music, energy medicine, quantum social science? And what would communities of coherence look and feel like?

My current personal summary on the topic would be, when I bring all the above elements and specific meanings of coherence in the different disciplines together:

Coherence really matters! It appears when the flow of life energy is allowed to move between apparent opposites or polarities, and when the variability in the respective system is large enough to allow for self-regulation of unique qualities to interweave, while having boundaries or constraints that can reflect back the flow wave and create a resonant container.

Having said this leads me directly to the next question: What does it mean in terms of operating concretely and practically in the world for the I, the We and for larger system.?

I would be happy to hear back from you!!!